The campaign for the presidential election in America is at its peak. On Friday morning (Indian time), US President Donald Trump addressed the Republican convention and blew the election bugle. Meanwhile, the leaders of the Republican Party and Democrats are face to face on Twitter. Donald Trump, Kamala Harris and Bernie Sanders have been involved in a backlash on Twitter.

US President Donald Trump wrote in his tweet that the most dangerous cities in America are run by all Democrats. And this has been happening for decades. He wrote that the Democrats did not even mention people who spread violence in their convention. If we get a chance, we will establish peace in the cities run by the Democrats.

Targeting Donald Trump, Vice President of Democrats Kamala Harris tweeted that you think you are the only one in the classroom, meeting room, board room, but we want to remind you that when you step in, only You are not there, we are all there. 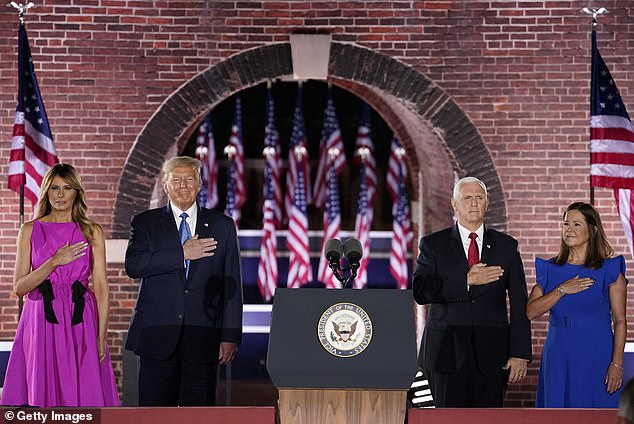 Apart from him, Senator Bernie Sanders of Democrats also targeted Donald Trump. He wrote that at a time when California is on fire, Laura storm is causing havoc, in such a situation when will Trump start to mount allegations of this climate change over China?

Also, on behalf of the Democrats, presidential candidate Joe Biden wrote that never forget the violence that happened during Donald Trump’s tenure. It has been under his leadership and has been his President. At the same time, Joe Biden promised that when he comes to power, he will first announce a return to the Paris Agreement on the issue of climate change.

Let us tell you that in the US, votes are to be cast for the presidency on November 3. TV debates are about to start soon, in such a situation, it has become faster for both the candidates to attack each other.